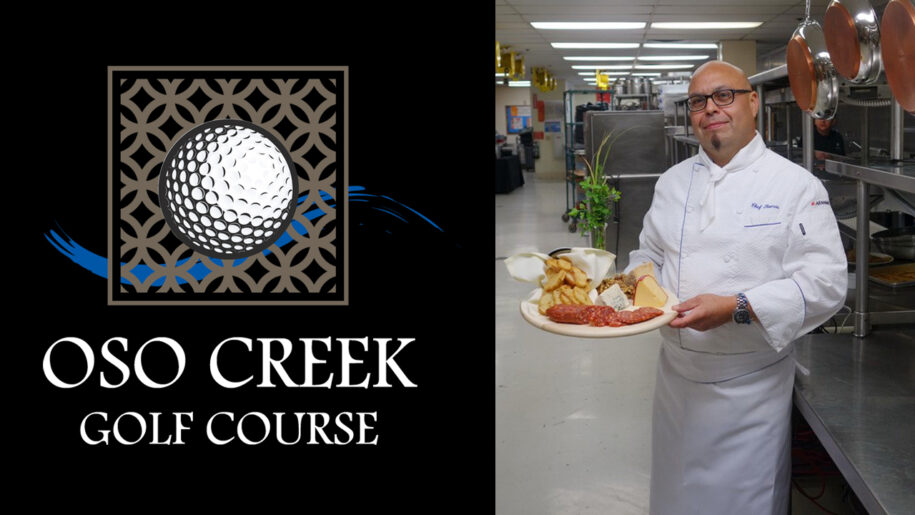 Thomas Ramirez, an award-winning chef who has been creating delectable farm-to-table fare at the City National Grove of Anaheim, has been named the new executive chef of the Oso Creek Golf Course.

Chef Ramirez begins his Mission Viejo culinary adventure on November 17 where he will reinvent the “grab and go” food at the Birdie Bar and create new breakfast, lunch and evening appetizer menus with delectable tastes that will be served at the Terrace at the Green.

This talented chef comes to Oso Creek Golf Course with an impressive culinary background sprinkled from coast to coast. His love of cooking began at an early age and blossomed to the kitchens of several venerable hotels including The Four Seasons Hotel Newport Beach and Surf and Sand Resort in Laguna Beach.

Chef Ramirez also spent time in the Big Apple leading kitchens for The Ritz Carlton NYC and The Plaza Hotel where he achieved one of the top 25 chefs in NYC directing the famous Oak Room and Oak Bar. During his East Coast tenure, he orchestrated the kitchen of the Ivy Restaurant in Greenwich, CT receiving a 3-star review from the New York Times.

In Mission Viejo, the chef’s new culinary creations will roll out in December.